Series / Jack and the Beanstalk: The Real Story 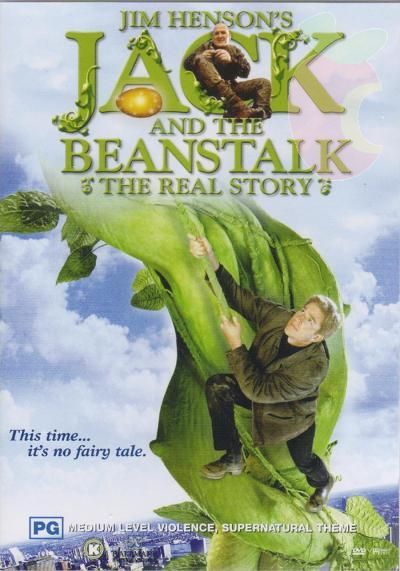 Once Upon a Time...yes, this sounds like a fairytale. A little something for the children.

Just about everyone knows the tale of Jack and the Beanstalk. Boy trades cow for magic beans, climbs the beanstalk that grows from the beans to a castle in the sky, steals a singing harp and goose that lays golden eggs from an evil giant then cuts down the beanstalk when the giant gives chase and he lives Happily Ever After.

What if that wasn't what truly happened?

Jack Robinson (Matthew Modine) is the rich CEO of a large company who’s having dreams about his father and an angry giant while trying to keep healthy since no Robinson male has lived to be over 40. Strange things start happening like a giant humanoid skeleton being found during construction of a casino around his ancestral castle and Ondine (Mia Sara), a mysterious woman who keeps suddenly appearing, accusing him of being "a thief and a murderer". Jack soon learns from a relative that he thought long dead that he is the descendant of Jack from the Fairy Tale and that the truth of the tale is not clear cut as it seems.

Jack and the Beanstalk: The Real Story is a 2001 television Mini Series directed by Brian Henson and was a co-production of Hallmark Entertainment and Jim Henson Television.

The Mini Series provides examples of: