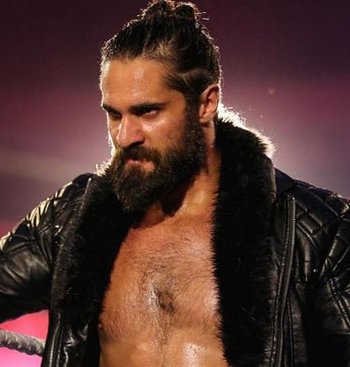 Colby Daniels Lopez (born May 28, 1986), is an American professional wrestler currently working for WWE under the name Seth Rollins since 2010.

He began work as Rollins on the developmental grounds at FCW, where he was an FCW World Heavyweight Champion, a Tag Team Champion (with Richie Steamboat), and the inaugural and longest reigning FCW 15 Champion. After FCW became NXT, he became the inaugural NXT Champion. He was promoted to the WWE main roster as one-third of The Shield in late 2012. In June 2014, he betrayed the Shield to align with The Authority. In the fall of 2016, he turned face after being betrayed by Triple H. He returned to form as a heel in late 2019, portraying himself as a savior and Messiah for WWE.

In WWE, he is a two-time WWE Champion, a two-time Universal Champion, a six-time (Raw) Tag Team Champion (once with Roman Reigns, once with Jason Jordan, twice with Dean Ambrose, once with Braun Strowman, and once with Buddy Murphy), a two-time Intercontinental Champion, a one-time United States Champion, and a Grand Slam Champion. He also won the Money in the Bank contract in 2014, Superstar of the Year Slammy Award in 2015, and the 2019 Men's Royal Rumble.

In real life, he is married to Becky Lynch. The two confirmed a relationship in May 2019 after months of speculation, and their first child, a daughter named Roux, was born on December 4, 2020.