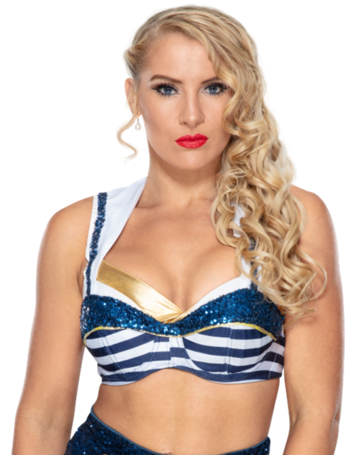 Macey Estrella-Kadlec (née Evans; born March 24, 1990) is an American professional wrestler. She currently works for WWE on its SmackDown brand under the ring name Lacey Evans.

A military police officer in the U.S. Marines, she was originally introduced to wrestling through a staff sergeant who promoted independent shows on the side. She trained and began her career on the independent circuit in Georgia.

She started working for WWE in their NXT developmental territory in 2016, participating in the inaugural Mae Young Classic, before debuting on the main roster in December 2018.