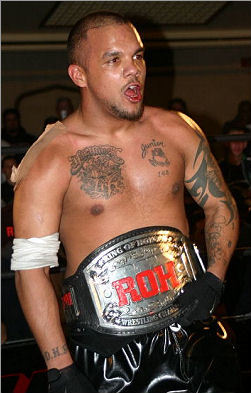 Nelson Rodriguez Erazo (born March 20, 1977) is a Puerto Rican-American Professional Wrestler and trainer from Brooklyn, NY, known as Homicide. He debuted in 1993 as The Latin Terror, changing it to Homicide a few years later. He is best known for his work in Ring of Honor and Impact Wrestling, and has worked all over the world.

Along with his ROH World Championship Title reign, he is a former 6x JAPW Tag Team Champion

, a former (and the first-ever) PWU (Unplugged) Heavyweight Champion