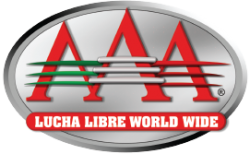 Lucha Libre AAA Worldwide (AAA, or Triple A for short), with the "AAA" coming from its original name of Asistencia Asesoría y Administración, is among the larger Mexican Professional Wrestling, or, as it is known there, lucha libre, promotions. It was started by Antonio Peña in 1992 when he broke away from Consejo Mundial de Lucha Libre (CMLL). Peña brought with him Konnan, and also picked up Rey Misterio Jr from the Tijuana scene and gave La Parka his gimmick. Over the years, AAA has worked with WWE and WCW, and has enjoyed long standing partnerships with with both TNA and Japan's Pro Wrestling NOAH, as well as a more recent one with newcomer promotion AEW. A lot of their talent have also raised their foreign profiles in Lucha Underground, an El Rey Network wrestling show and corresponding promotion that's partially owned by AAA.