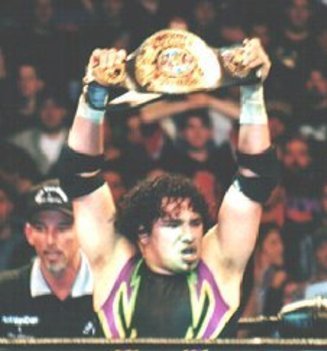 Francisco Islas Rueda (born December 3, 1973) is a Mexican Professional Wrestler known as Super Crazy. He is best known in the U.S. for his time in ECW and his big feud with Yoshihiro Tajiri from 1999-2001. He has also wrestled for WWE, MLW, FMW, CMLL, All Japan Pro Wrestling, CZW, Dragon Gate USA, Fighting Opera HUSTLE, TNA, Pro Wrestling NOAH, AAA and numerous other promotions around the world. Along with winning the ECW World Television Championship, he is a former 8x IWA (Puerto Rico) Hardcore Champion