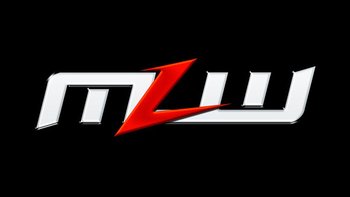 MLW, in its original incarnation, held its first show, MLW Genesis in Philadelphia and its second, MLW Reload, in New York City, before settling into Florida and doing shows in Orlando, St. Petersburg and Fort Lauderdale. It advertised itself as featuring "hybrid wrestling," combining a variety of different styles. MLW featured a wide-range of talent, from Ring Oldies Terry Funk, Dusty Rhodes, Abdullah the Butcher and Jerry Lawler, to 1990s stars such as Shane Douglas, the Sandman, Sabu, Chris Candido, "Dr. Death" Steve Williams, Mikey Whipwreck, Raven, La Parka, Norman Smiley, Mike Awesome, Devon Storm, Steve Corino, Masato Tanaka, Jerry Lynn, and, at the time, stars on the rise such as Christopher Daniels, Samoa Joe and CM Punk. It aired a weekly television show, MLW Underground TV. Unfortunately, the promotion was not financially successful and shut down in 2004.

MLW returned in 2017, promoting shows in Orlando and, and was able to secure a national television deal with beIN Sports less than a year later for a new weekly series: MLW Fusion. Prior to the show's launch, MLW would introduce contracts that would give them as much control over their roster as a WWE contract, but still allow their talent to perform in other promotions.

Some of their roster were introduced to a national audience for the first time such as Salina De La Renta, Air Wolf, Barrington Hughes, El Hijo De LA Park, Ricky Martinez, Kotto Brazil, and Marko Stunt just to name a few. Much as Impact Wrestling has done in its heyday, MLW has also provided career resurgence to the likes of Low Ki, Tom Lawlor, Teddy Hart, and arguably, the members of one of the promotion's Big Bad stables: Contra Unit.

As a note, in re any references to Joey Styles' commentary, do see the Trivia page.

Major League Wrestling recognizes four titles that are defended at its shows;

They also have one unofficial title that is still defended at its shows;

Battle Riot (an Alternate Company Equivalent and combination of the Royal Rumble and Lucha Underground’s Aztec Warfare (or Defiant Wrestling’s own version of a rumble), with pins, submissions and over the top rope eliminations, usually featuring 40 participants and the winner gets to challenge for the world heavyweight championship whenever they want):

Opera Cup (a single-elimination tournament revived from discontinuity since 1948):