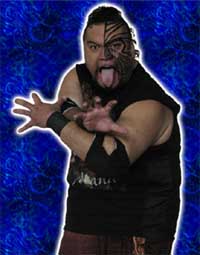 Nikora Mana Tuhakaraina (born April 7, 1978) is a Māori Professional Wrestler and promoter from New Zealand who has competed in New Zealand, Australia and the U.S. as Mana. He debuted in 2000 after a chance meeting with The Barbarian, who recommended that he contact the Wild Samoan Wrestling School. He competed for Afa's WXW promotion for years, becoming a 2x WXW Heavyweight Champion

. He has also competed for the National Wrestling Alliance, MLW, CHIKARA, CZW and many other promotions.

Not to be confused with Mana or with World of Mana.