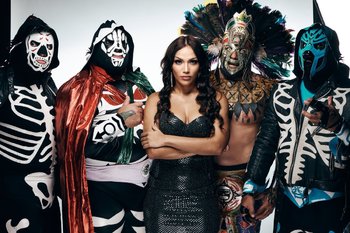 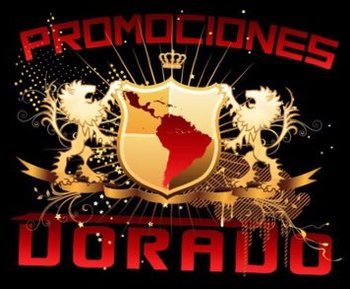 Promociones Dorado was a stable of professional wrestlers in Major League Wrestling (MLW). The stable was created in 2018 and its leader/founder is Salina De La Renta. In its early tenure for the promotion, she had managed the Lucha Brothers (Pentagón Jr. & Rey Fenix) who were the MLW tag team champions for a time. As the months went on, more members were added to their ranks such as Ricky Martinez, Sammy Guevara, El Hijo De LA Park, and most notably, LA Park (yes the original La Parka from the WCW days) and Low Ki (well-known fighter who has wrestled for major promotions in the past). The stable had members throughout its existence such as Los Parks, Salina De La Renta (former leader), Garza Jr., Ricky Martinez, Sammy Guevara, Bestia 666 (and by extension, his father Damian 666), Low Ki, Jimmy Havoc as an "advisor", according to Salina, and Cristobal Culebra (the bodyguard for Salina De La Renta). It was disbanded in 2021 when it was purchased and absorbed into Azteca Underground by its proprietor Cesar Duran (the former Dario Cueto of Lucha Underground fame).