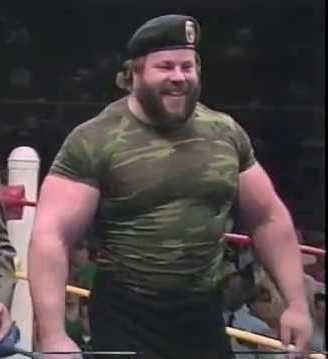 Swenson got his start in wrestling in the late 1980s, wrestling for World Class Championship Wrestling as Jeep Swenson or Jeep the Mercenary. He would later appear in 1996 for WCW as a member of the Alliance to End Hulkamania. He was renamed "The Final Solution", but Unfortunate Implications forced WCW to change it to "The Ultimate Solution".

As an actor, Swenson is best known for his portrayal of Bane in the 1997 film Batman & Robin. Though he also appeared in films like Bulletproof and No Holds Barred.

Swenson died on August 18, 1997 at the age of 40. His massive size, brought on by years of steroid abuse, had resulted in heart failure.