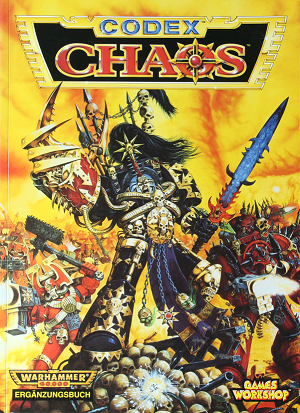 "I believe in death, destruction, chaos, filth, and greed!"
Luna: You are cruel and evil.
Discord: You don't understand. I'm not evil, Princess. I'm chaotic. Not the same thing. I oppose order, not good.
Luna: Order is good.
— My Little Pony: Friends Forever #20
Advertisement:

The age-old battles of Good Versus Evil and Order Versus Chaos are sometimes depicted as two very different things — and sometimes not.

After all, Order is often associated with good things like peace, tolerance and cooperation. Which means if you stand for Chaos, you can also represent horrors like war, mass destruction and mindless killing.note Interestingly, chaos originally didn't mean "disorder" at all, but "void". And for this reason, you can often find bad guys trying to actively affiliate themselves with the word.

NOTE: Chaos Is Evil is a very specific kind of Invoked Trope, where villains like speaking about chaos or including words synonymous with chaos (disorder, disarray, etc.) as part of their title or name.

Compare with Chaotic Evil, where a bad guy just acts chaotically instead of actively trying to reference chaos. When the opposite occurs, and evil and order become synonymous it can become a case of Industrialized Evil or Assimilation Plot. Contrast Order Is Not Good and Both Order and Chaos are Dangerous.