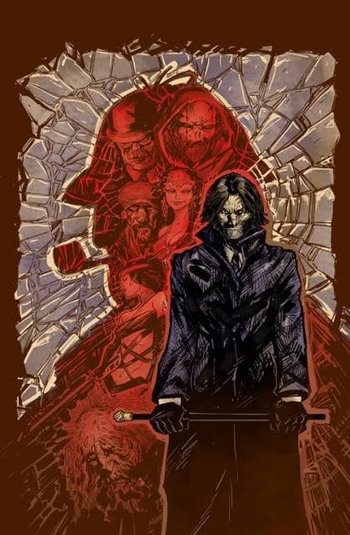 Moriarty is a 2011 comic book by Image Comics focusing on the one and only Professor James Moriarty. It's written by Daniel Corey and has art from Anthony Diecidue and Mike Vosburg.

It is 1914 and World War I approaches. Moriarty has survived Reichenbach. Living in a world where Holmes has seemingly passed on, Moriarty feels that his life is empty without his archenemy. Things change, though, when the government asks him to take on the job of finding Mycroft Holmes, leading him to come into contact with the terrorist Tartarus.

The series was followed by Moriarty: Endgame that takes place in the future and Moriarty: The Jade Serpent.