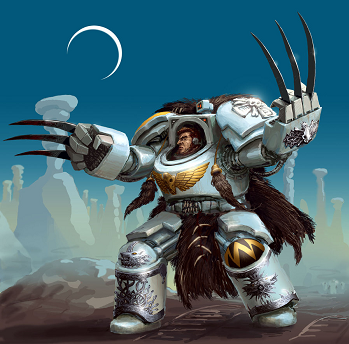 Never bring a gun to a claw fight.
Advertisement:

A fighter who specializes in close range combat. Is generally ineffective in long-range battles, or just plain lacks the ability to fight at long range.

In video games, especially fighting games, characters who are Close Range Combatants tend to have strong "physical" attacks but ineffective projectiles, or absolutely none at all. These characters tend to be Mighty Glaciers or Lightning Bruisers, their obvious strengths being highlighted by their complete inability to harm anything they aren't currently close to. Fragile Speedsters who have no projectiles can qualify as this, capable of quickly invalidating their short-range weakness, but their close-range requirement also adds an amount of predictability to their playstyle and corresponding risk — if the Mighty Glaciers ever get wise to the direction they're headed and manage to intercept beforehand or the Long-Range Fighter manages to plink them (such as along a thin and low corridor where pretty much no one can effectively dodge regardless of their speed), they expectedly die fast. Even Glass Cannons can fall into this category if they can quickly overpower any adversary within a limited range.

This only applies where long-range combat with projectiles or longer melee weapons like swords are a notable part of a work. It's not interesting in settings where close-quarters combat is the only kind of combat.

The opposite is Long-Range Fighter. Subtrope of Necessary Drawback and Competitive Balance.