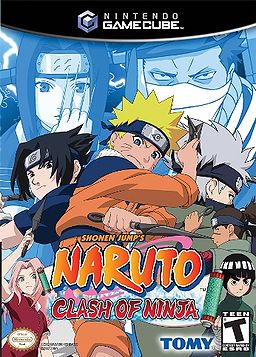 Naruto: Clash of Ninja (or Gekitou Ninja Taisen in Japan) is a series of Fighting Games for the Nintendo GameCube and the Wii based on the Naruto anime and manga.

Since the characters come from the anime, they share many of the tropes found on its character sheet.

Tropes exhibited by these games: