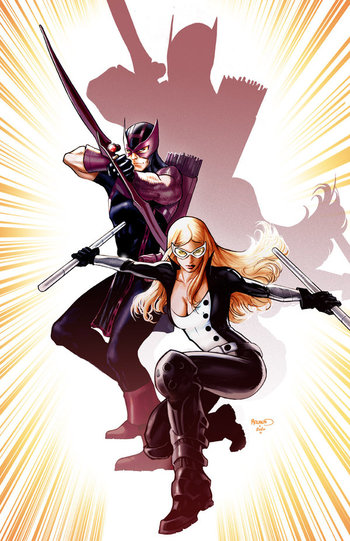 However, there has to be some sort of connection between the two characters. You can't simply point out that this work just happens to have an orc with a sword and an elf with a bow and arrow in it. There must be a link, the more personal the better.

If a character that Doesn't Like Guns is set up so they contrast with another, more trigger happy character (which they usually are), there's a good chance the duo qualify for this trope. Similarly, The Rival is often set up to prefer the other range spread to the other character in question.