"The most undeservedly ambitious crossover in the history of fan fiction."
—The Archive of Our Own description. 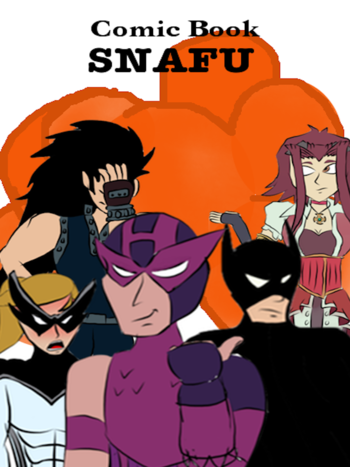 It can be found on SmackJeeves

A trailer was made that can be found here

. The series’s main cast also has an ask blog

Akiza: Wait, how did we get captured? I have a dragon!
Riddler: It happened off-panel. Anything can happen off-panel.
It’s going to be one of those days, isn’t it?