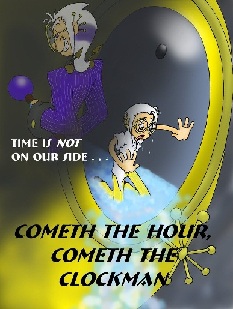 A promotional poster for Cometh the Hour
Advertisement:

An Epic Mickey fan comic by DelDiz and Pharaoh-Ink on deviantART, the comic follows the story of a Wasteland resident named Eugene Clockman, who has a terrible split personality disorder due to experiments performed by the Mad Doctor.