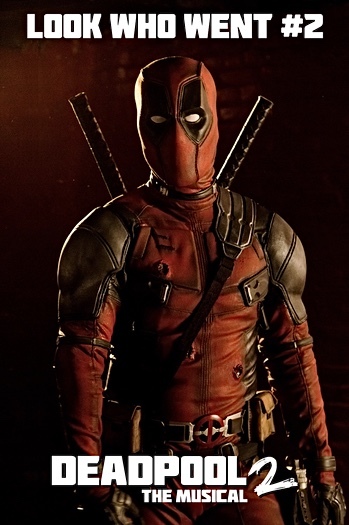 Wouldn't you think he's the merc, the merc who has everything?
"No one's slick as Deadpool, no one's quick as Deadpool,
No one punches you right in the dick like Deadpool!"
— Deadpool, "Deadpool: The Musical"
Advertisement:

"Deadpool: The Musical" and "Deadpool: The Musical 2" are short fan films starring Deadpool and other Marvel Comics and Marvel Cinematic Universe characters, who fight mooks while parodying songs from Disney animated films. In the first film, Deadpool strokes his ego and dodges insults during a bar brawl while singing "Deadpool," a parody of "Gaston" from Beauty and the Beast. In the second, Deadpool grows dissatisfied with solo slaughter and tries to join several superhero teams; they sing parodies from Moana, The Little Mermaid, Beauty and the Beast, Aladdin, and Mulan.

The first film was released on March 22, 2017 and the second on July 10, 2018. Deadpool was portrayed when acting and singing by Michael S. Parker

, who was the executive producer for both films. Julian Higgins

was the director and a co-producer, among other roles. Paul Bianchi

was the writer, the production designer, and a co-producer. The stunt/action coordinator, fight choreographer, and Wolverine performer, Brian Danner

, also co-produced. The second film had a story by Bianchi, Danner, Higgins, and Parker.

The films can be viewed on the "Deadpool: The Musical" website

. As Deadpool warns, they are Not Safe for Work due to violence and language.

Not to be confused with the similarly-named comic story "Deadpool: The Musical!" from Deadpool vol. 2 #49.1.

"Deadpool: The Musical" 1 & 2 provide examples of: