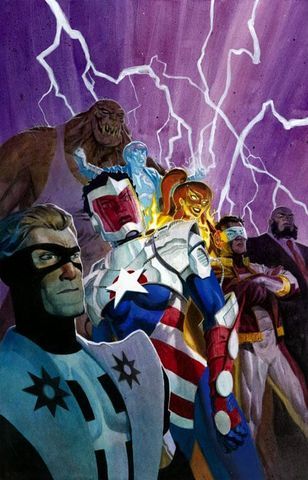 Manhunter, Skyrocket, Witchfire, Striker Z and Josiah Power in front, Bork and Sapphire in back
Advertisement:

After an incident ended his career as a corporate attorney, Josiah Power decided to put his organizational skills to use by creating the Power Company, a company offering professional superheroes to private clientele. Of course, a company that treats superheroism as a commodity is bound to attract a certain kind of superhero, and thus Power often finds himself struggling to keep his employees in check.