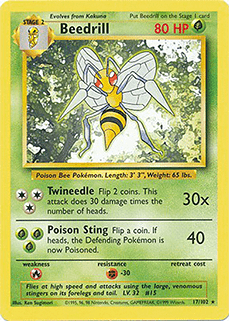 To top it all off, its Japanese name is just "Spear".
I keep forgetting that five of his six ends are pointy when he lies like that.
—Calvin on ambushing a tiger on its back

What to do when you're without a weapon? Puny Humans must resort to hands and feet (or obtain an Emergency Weapon). On the other hand, non-human races, animals and aliens tend to have claws, stings and other such abilities.

This need not involve claws; stingers or even more complex organic weapons count. As long as they're a natural part of the creature's anatomy.

Compare Anatomy Arsenal (which can overlap with this; the arsenal is literally part of the user's anatomy), Living Weapon (when the weapon is part of another creature entirely).

Any of the following could be one: