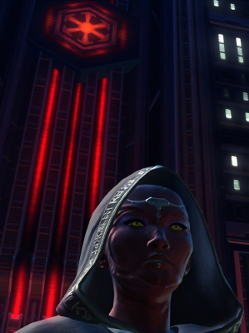 , with an updated version here

, it follows the rise to power of a Pureblood Sith named Sanguis, dealing with temptation, treachery and bad Twi'lek humor along the way. It also addresses Vette's search for her long lost family and Quinn's struggles to reconcile love and duty. Jaesa Willsaam, a Jedi Padawan, eventually appears with her own part to play.

Spoilers for both the game and the story lie ahead!

Tropes found long, long ago and far, far away: