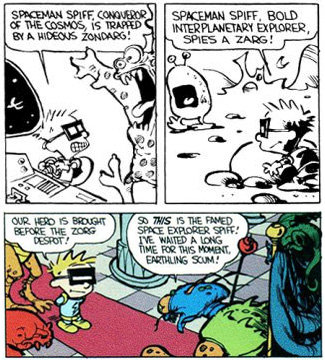 Be it because of its outlandish sound or its harsh structure, there seems to be a trend of naming sci-fi villains — and especially stereotypical ones — after the three consonants Z, R and G (sometimes with a K instead of a G and an X instead of a Z), with a random vowel in-between and possibly some letters before or after. When these villains are not of this world, they likely hail from A Planet Named Zok.

Not to be confused with Zerg Rush (though the Trope Namers for that trope are an example of this one).