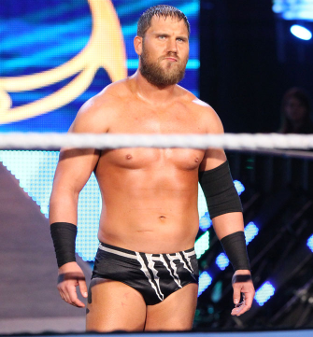 Joseph Curtis Hennig (born October 1, 1979) is an American professional wrestler who worked for WWE as Curtis Axel. He debuted in 2010 in the second season of WWE NXT as Michael McGillicutty, where he was the runner-up, and later joined The Nexus. After the Nexus angle had run its course, he and Otunga still tagged together, as they were the Tag Team Champions during the demise of The Nexus, until they lost their Tag Team titles to Evan Bourne and Kofi Kingston, and he returned to NXT.

He is a one time Intercontinental Champion and a two time WWE/Raw Tag Team Champion, with David Otunga (although this reign was under his Michael McGillicutty moniker) and Bo Dallas.

In April 2020, he was released from WWE due to budget cuts that stemmed from the COVID-19 Pandemic. He hasn't wrestled since.

To apply to me, these Tropes have to be better than perfect!