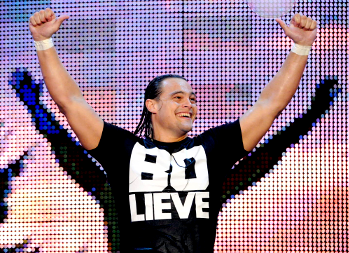 Taylor Michael Rotunda (born May 25, 1990) is an American Professional Wrestler from Brooksville, Florida best known for his time in WWE as Bo Dallas. He debuted in WWE's developmental promotion FCW in 2008 and is currently in WWE Raw. He is a 2x FCW Florida Tag Team Champion

In February 2021, he started a real estate family business with Liv Morgan to prepare for life after pro wrestling. On April 15, 2021, he was released by WWE.