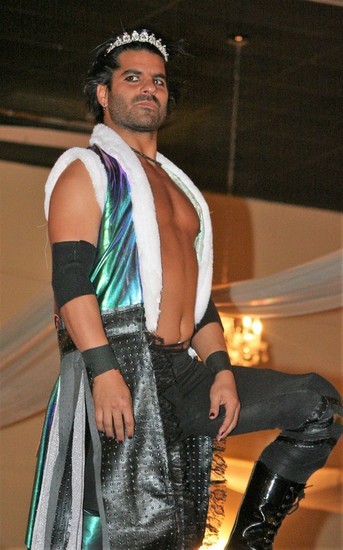 I'm a princess, and I always get what I want.
Advertisement:

Christopher Scobille (born February 17, 1984) is an American referee, webmaster, color commentator and furniture mover turned professional wrestler, better known by his ring name Jimmy Jacobs, aka The Zombie Princess. He started behind the scenes at Pro Wrestling World Wide in Grand Rapids Michigan and debuted for the Lake shore Wrestling Organization in 1999. He has since gotten training from Joe "El Tejano" Ortega, then further training from Truth Martini and wrestled for many indie promotions, including Ring of Honor, Pro Wrestling Guerilla, Wrestling Society X, and Juggalo Championship Wrestling.

Formerly a writer for WWE. Currently a producer for Impact Wrestling and RISE Wrestling, as well as the on-air manager of Kongo Kong.

The Age of the Tropes: