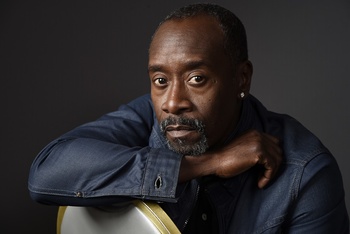 BOOM! You looking for me?!
"For me, it's always just been about finding material that I think is creative and interesting and fun and something that can expand me and that I can hopefully do something with."
Advertisement:

He is also a noted humanitarian who has campaigned alongside George Clooney and Brad Pitt for an end to the genocide in Darfur.

As usual, plenty about his life and career can be found on the other wiki

His film appearances include:

His television appearances include:

His video game appearances include: