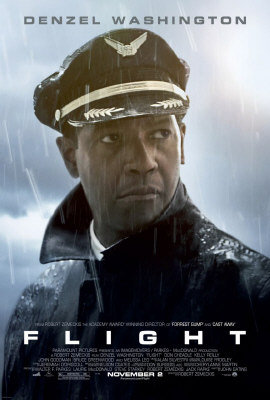 Sometimes heroism is messy.
"Nobody could've landed that plane like I did."
— Captain William "Whip" Whitaker
Advertisement:

The story revolves around Captain William "Whip" Whitaker (Denzel Washington), a pilot who pulls off a miraculous crash landing after his commercial airliner plunges out of the sky due to a catastrophic mechanical failure. Hailed as a hero in the press, trouble arises behind the scenes due to Whitaker being both drunk and high on cocaine during the flight, facts which could result in serious prison time and even manslaughter charges. Further complicating matters for both him and his legal defenders is Whitaker's losing battle with alcoholism.