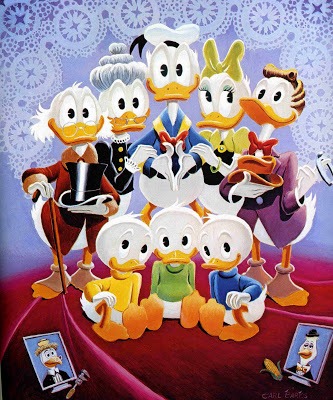 All TV Tropes articles about or related to Donald Duck.

For the rest of the main Disney franchise he's a part of, see Mickey Mouse & Friends.

About the character himself and his original cartoons

About the comic strips