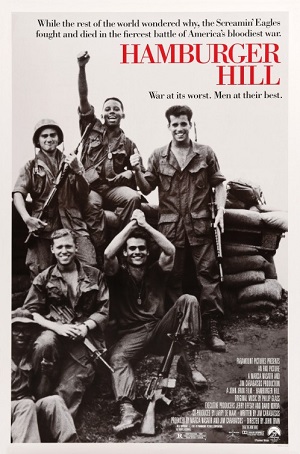 Hamburger Hill is a 1987 American Vietnam War film starring Courtney B. Vance, Dylan McDermott, Steven Weber, Michael Boatman, Michael Dolan, Don Cheadle, and Anthony Barrile, about the actual assault of the U.S. Army's 3rd Battalion, 187th Infantry Regiment, part of the 101st Airborne Division "Screaming Eagles," on a well-fortified position, including trenchworks and bunkers, of the North Vietnamese Army on Ap Bia Mountain in the A Shau Valley near the Laotian border.

As with most historical events, the The Other Wiki has an article on the The Battle of Hamburger Hill