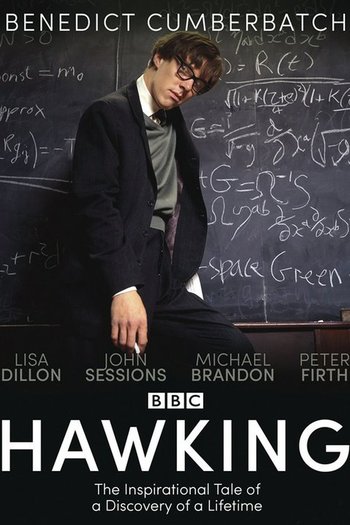 Hawking is a BBC TV drama film about the early career of Stephen Hawking, when he was a young doctoral student at Cambridge. It aired in 2004 and stars Benedict Cumberbatch. It deals with three important threads in Hawking's life during those years: his relationship with Jane Wilde, the woman he would later marry; his diagnosis with Motor Neurone Disease, and the development of his ideas about the origins of the universe. The film was well regarded by critics when it first aired, and gained a resurgence in popularity after Sherlock came out, due to Cumberbatch's active fanbase.

Has absolutely nothing to do with falconry.

See also The Theory of Everything, another biopic of Hawking that was theatrically released.