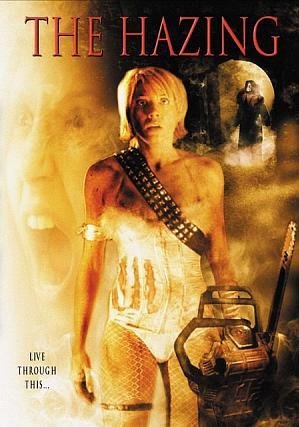 In a Halloween night, five students participate in a scavenger hunt; trying to join the fraternity and sorority Sigma Si and Delta Pi. They are divided in two groups, and one of them has to steal an ancient book of magic from their weird Professor Kapps. Doug Leary and Marsha Glazer break in the professor's house while he is performing a satanic ritual with a student he has just sacrificed, and Kapps attack the students, but is accidentally impaled on a spear. Marsha and Doug leave the house and bring his staff and his book of incantations with them; planning to destroy the evidence. They drive to an abandoned house, where the two groups have to stay until the next morning. Meanwhile, two senior students from the frat house have prepared pranks in the house to scare the pledges. But the evil spirit of Professor Kapps possesses Doug, slashing the group of students that have to fight to survive.

Not related to the Isaac Asimov short story of the same name.