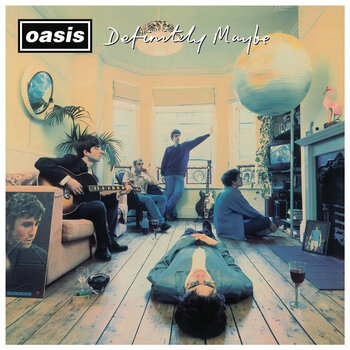 "You can have it all, but how much do you want it?"
Advertisement:

Noel Gallagher joined his little brother Liam's band in 1992. They worked on demos and played numerous live gigs. They finally released their first song, "Columbia", in late 1993. Much to their surprise, it started getting played. The band then decided it was time to record an album. After two ill-fated attempts and going through a few producers, they finally settled on producer Owen Morris and recorded the album in a few weeks. Prior to the release, they sent out two singles: "Supersonic" and "Shakermaker".

"I live my life for the tropes that shine":