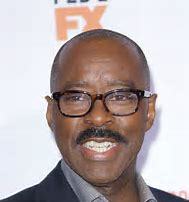 Courtney Bernard Vance (born March 12, 1960 in Detroit, Michigan) is an American actor. He is notable for his roles in the films Hamburger Hill and The Hunt for Red October, and the television series Law & Order: Criminal Intent, in which he played ADA Ron Carver, and American Crime Story's first season, The People v. O. J. Simpson, in which he played Johnnie Cochran.