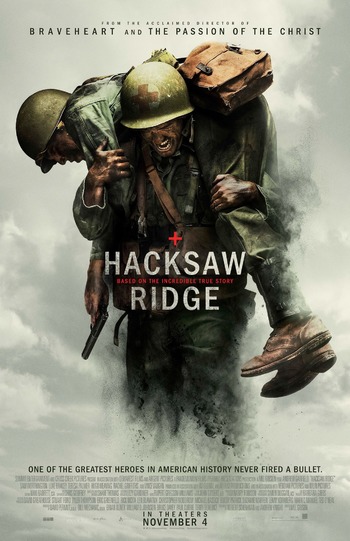 When the order came to retreat, one man stayed.
"Please, Lord, help me get one more."
— Private Desmond Doss
Advertisement:

The film is set during World War II and Based on a True Story, that of private Desmond Thomas Doss (Garfield), a Seventh-day Adventist conscientious objector who refused to bear arms and became a combat medic. He ended up awarded the Medal of Honor by President Harry S. Truman for single-handedly saving the lives of over 75 of his comrades while under constant enemy fire during the Battle of Okinawa.