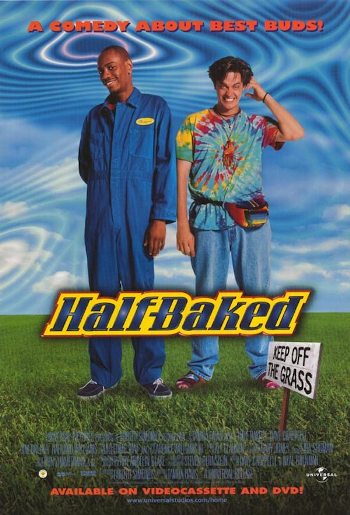 Scarface: Don't worry, man. All we gotta do to get you out is to get ten percent of ten million dollars. Which by our calculations is...
Brian: ...Fucking impossible, man!
Advertisement:

A 1998 movie about four stoner friends (Dave Chappelle, Jim Breuer, Harland Williams and Guillermo Díaz) living in New York City. One of them feeds a diabetic police horse candy (he didn't know it was diabetic) and is arrested as a cop killer (yes, it's a comedy). The rest of the movie is about how his friends have to raise $100,000 to bail him out of jail.

Extremely funny, as long as you don't have a problem with foul language and marijuana use. Jon Stewart recommends you watch it on weeeeed.

"I don't do drugs, though. Just weed."
Feedback

Example of:
Take This Job and Shove It