Film / Heaven Is for Real 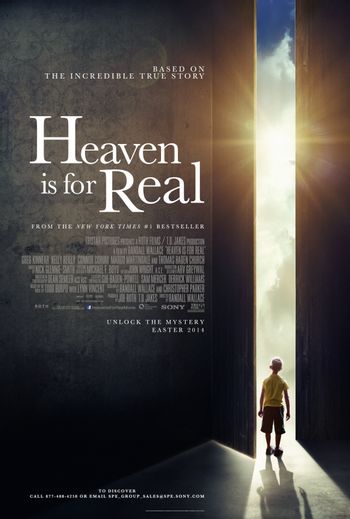 Heaven is for Real is a 2014 religious film that was inspired from the 2010 novel of the same name. The film recounts the story of Colton Burpo, the son of Todd Burpo, a Christian pastor, and his story of visiting Heaven in a near-death experience when he was having surgery on his broken appendix.

The following film has these tropes: