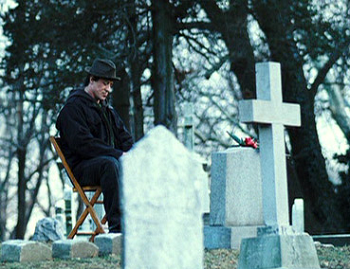 This is where a character is shown visiting the grave of a loved one, or possibly the spot where they died or some other Shrine to the Fallen, as a periodic ritual. May involve Libation for the Dead and Talking to the Dead. Often a Tear Jerker.