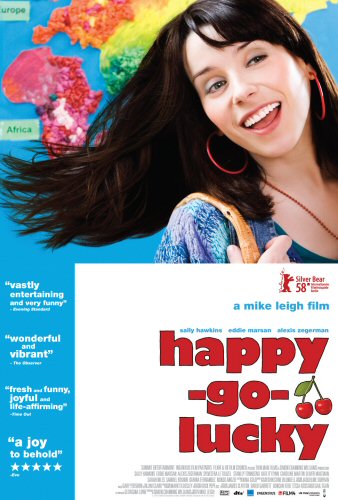 Happy-Go-Lucky is a 2008 British film written and directed by Mike Leigh.

The main character is a 30-year-old bachelor woman, Pauline "Poppy" Cross (Sally Hawkins), who shares a London flat with her best friend Zoe, a fellow teacher. The film follows the misadventures of the happy-go-lucky teacher as she attempts to get a driver's license and deal with the daily issues of her life and her teaching career.