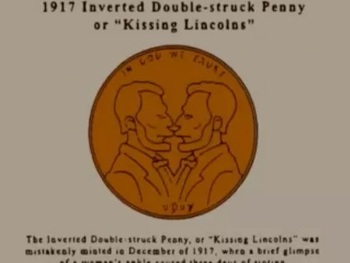 "The inverted double struck penny, or "kissing Lincolns", was mistakenly minted in December of 1917, where a brief glimpse of a woman's ankle caused rioting for 3 days."
Advertisement:

The bill or coin in question is perfectly legitimate and not Counterfeit Cash. But for some reason or other, it's seldom seen. It can be rare for any (and any combination) of the following reasons:

The inverse is Cheap Gold Coins, where a currency that should be rare is everywhere.