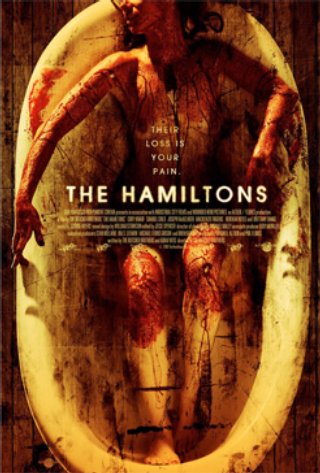 The Hamiltons is a horror film directed by the Butcher Brothers.
Advertisement:

In the aftermath of their parents' death, four siblings struggle to live on their own. They harbor some dark secrets, the least of which involves kidnapping people and keeping them in their basement before killing them. The youngest member of the family, Francis, begins to harbor doubts about his family's proclivities as he films them for a school project.

A sequel, The Thompsons was released in 2012.