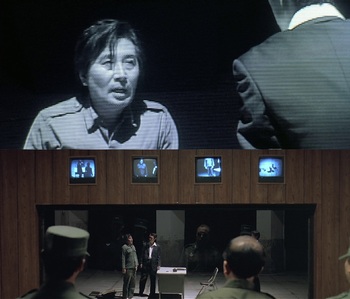 There is a practice in some TV shows and especially in commercials that shows the view of someone using a video camera. This usually includes a rectangular "frame" in the scene and the "REC" indicator with a red dot at the bottom right corner of the screen.

This is not the same as captured video, which includes the date and time stamp, but rather implies that we are seeing the video display on the camera from the viewpoint of the person recording it.