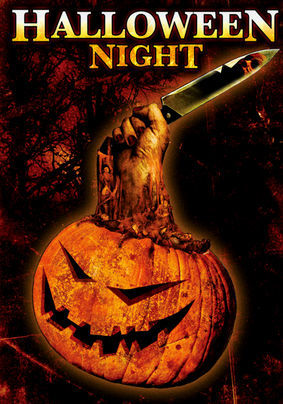 Halloween Night is a 2006 Slasher Movie from The Asylum.

When Chris Vale was a kid, his mother was murdered in front of him at the same time he got severe burns all over his body. Due to the trauma, he's locked away in an asylum. Now, Chris has escaped to avenge the killings. Unfortunately, the new residents are throwing a Halloween party in the house. In his madness, Vale kills the partygoers one by one.