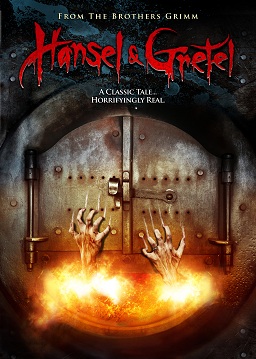 Hansel & Gretel is a 2013 Horror film produced by The Asylum.

Hansel and Gretel are twins who lost their mother in a car accident some years back. Gretel works at a pie and candy shop named The Gingerbread House under her boss, Lillith. After learning that his father will be remarrying a girl only a few years older than the twins, Hansel runs off into the forest and runs afoul of a beartrap. Gretel finds and frees him, and brings him to a nearby house, where her boss, Lillith, works. Unfortunately for the twins, the situation is more sinister than it seems and they're soon fighting for their life.

Followed by a 2015 sequel, Hansel vs. Gretel, also by The Asylum.