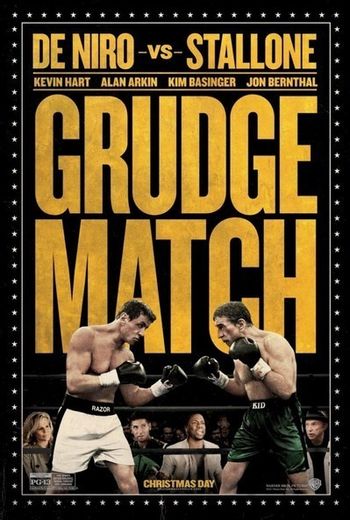 Grudge Match is a 2013 film starring Sylvester Stallone and Robert De Niro as retired boxers Henry Sharp and Billy McDonnan who come out of retirement for one more match with each other.

What starts as motion capture fighting for CGI turns into a grudge match when the two old boxers, Henry "Razor" Sharp and Billy "The Kid" McDonnan, get into a fight. The video goes viral, and promoter Dante Jr. (Kevin Hart) decides to turn their old heat into the real thing.