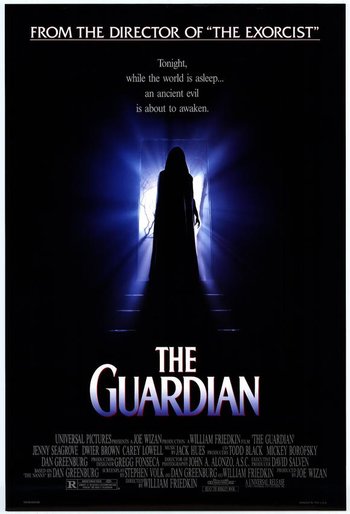 The Guardian is a 1990 horror film directed by William Friedkin.

Phil and Kate Sterling (Dwier Brown and Carey Lowell) hire a nanny to look after their newborn son, Jake. They come across Camilla Grandier (Jenny Seagrove), who appears to be the perfect choice to look after the baby. But in reality, Camilla happens to be a druid/witch/hamadryad who worships supernatural trees by sacrificing babies to them. Phil and Kate must find a way to protect Jake from Camilla and the supernatural forces surrounding her.