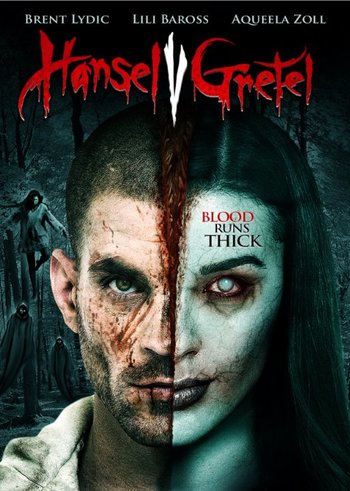 Hansel V. Gretel is a 2015 Horror film produced by The Asylum, a direct sequel to their 2013 film, Hansel and Gretel.

In the year since they defeated the evil witch, Lillith, Hansel has become a badass hunter of witches while Gretel has stayed in Candlewood, running The Gingerbread House, Lillith's old shop. When Hansel learns that there have been six mysterious disappearances in Candlewood in the past month, he heads home to warn Gretel. Meanwhile, several witches have arrived in town to seek revenge for Lillith, and Hansel encounters an old flame, Willy, who continues to run into danger wherever he goes.