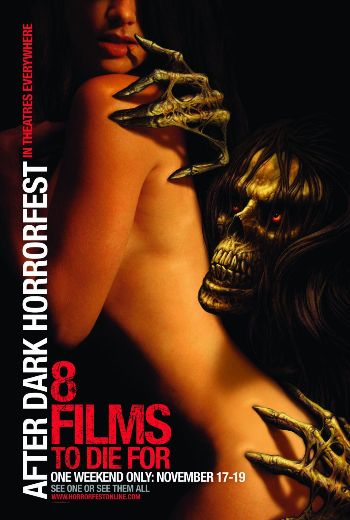 After Dark Horrorfest was an annual film festival of independent horror films released by After Dark and Lionsgate. Also called '8 Films to Die For' although some years there were more than eight films shown. Foreign-language films were occasionally picked. In 2011, After Dark replaced the festival with 'After Dark Originals'.
Advertisement:
open/close all folders
2006
2007
2009
2010
Advertisement: