Film / The Deaths of Ian Stone 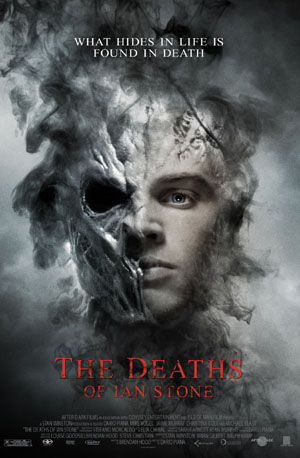 The Deaths of Ian Stone is a 2007 film released as part of the After Dark Horrorfest of that year. It follows Ian Stone (Mike Vogel), an American living in England, who dies each day... Let me rephrase that. Ian is killed each day in an ever more gruesome fashion and is reborn into a new life. As time goes on he begins to remember his past lives, but this is usually the prelude to his being killed again. In each life, there are familiar faces, few of them friendly except for two girls who seem to like him and a mysterious stranger who gives him warnings. Each time the clocks stop, the Harvesters come and bring death with them.

Stan Winston was a producer and his studio also did design work for the film.