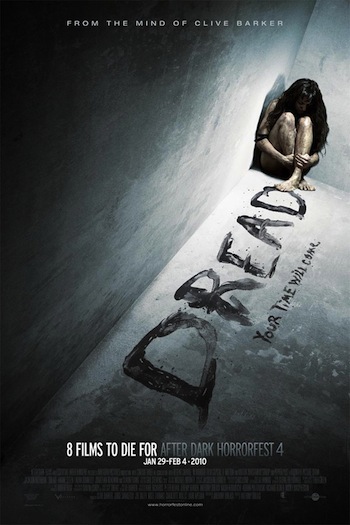 Dread is a 2009 film directed by Anthony DiBlasi and starring Jackson Rathbone based on a short story written by Clive Barker.
Advertisement:

Three college students set out to do a project on people's innermost fears. One of them, a disturbed young man named Quaid who witnessed his parents get murdered as a child, takes the project to the next level.

Was part of the After Dark Horrorfest film festival. For the original short story see Dread.