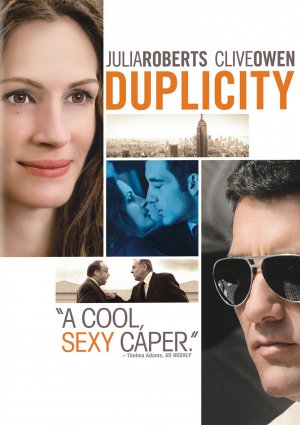 Duplicity is a 2009 American film written and directed by Tony Gilroy, and starring Julia Roberts and Clive Owen. The film was released on March 20, 2009.

The plot of the film follows Ray Koval, an MI6 agent, and Claire Stenwick, a CIA operative who cooperate in a con poised to undercut a company who has discovered a cure for baldness and sell the formula, running off with the money themselves.